Via Algarviana is a Great Pedestrian Route (GR13) which connects Alcoutim to Cabo de São Vicente, with a length of 300km, mostly installed in the Algarve mountain . It is intended that became part of the Trans-European routes, linking to the E4 and E9.

The route crosses eleven municipalities in the Algarve (Alcoutim,Aljezur, Castro Marim, Tavira, S. Brás de Alportel, Loulé, Silves, Monchique, Lagos, Portimão and Vila do Bispo) and about 21 parish councils. In each village, we were concerned to approximate the route to places of natural and cultural interest as well as accommodation and restaurants, including Rural Tourism hotels, typical villages of the Algarve, etc.

Apart from its intrinsic value, the Via Algarviana can be considered the “backbone” of a network of footpaths in the Algarve, which will complement and create several alternatives to the preferences and capacities of the hikers. In this sense, all paths that cross the route of the Via Algarviana are disclosed and identified in the field, as well as those that connect to it.

The route will be segmented into sections up to 30km, which have an interpretative statement and information provided on this site. It is intended to disclose anything related to the natural and cultural heritage as well as accommodation, restaurants, support services, etc. 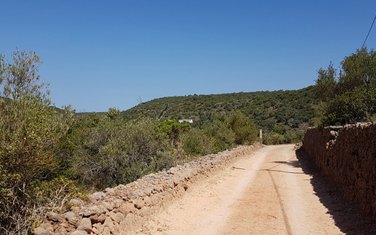 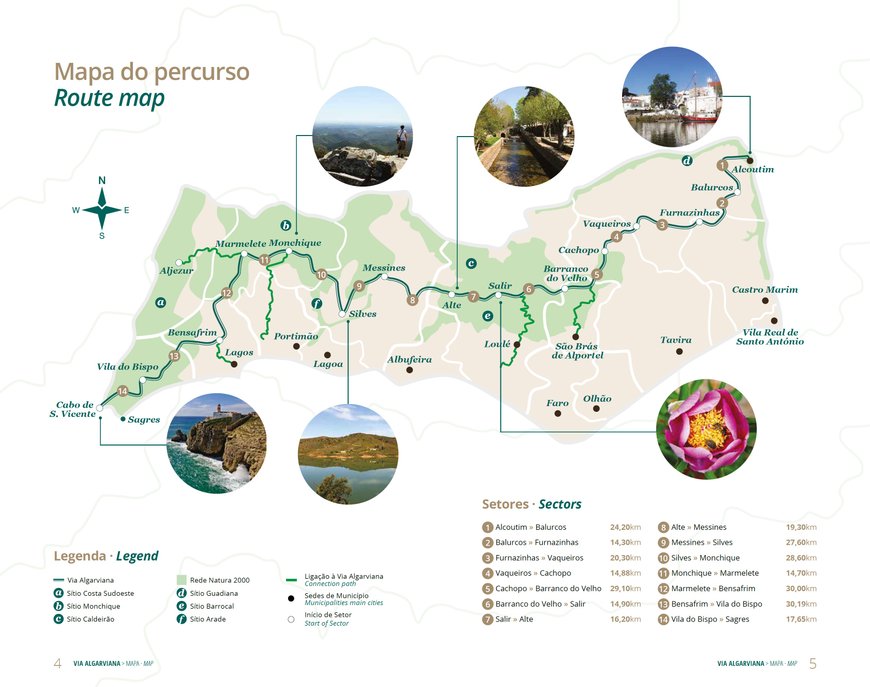